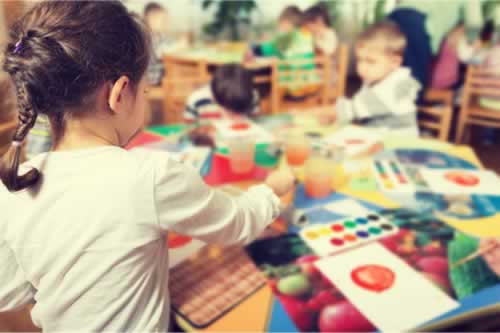 This is a serious crisis of confidence in the public school system. As The Hill magazine pointed out, for years “teachers held political sway and successfully campaigned for raises even in deep-red states.” Whether teachers had actually been underpaid was arguable, but the fact remains that just four or five years ago, they were securing substantial boosts in salaries seemingly based on their perceived contributions to society.

Furthermore, polls consistently showed that majorities of parents had rated their children’s teachers as “excellent” or “good,” even though those ratings had been trending downward since the 1970s. Now educators are in the doghouse as far as the public is concerned.

What happened? I’m going to offer some suggestions. On March 8, the Florida Senate passed the Parental Rights in Education Act, which forbids classroom “instruction” or “discussion” about sexual orientation and gender identities in grades K–3 and applies age-appropriate restrictions in higher grades. A few weeks later, Florida Gov. Ron DeSantis, a Republican, signed the measure into law. The legislation, dubbed “Don’t Say Gay,” and similar measures pending in other states set off a nationwide furor among progressive politicians, Hollywood celebrities, mainstream media pundits, and, especially, public-school teachers in Florida and elsewhere.

The teachers began voicing their opinions in media interviews and in TikTok videos—and what the videos revealed was that a significant number of teachers wanted to talk about their own sexual identities to the youngsters that they were supposed to be teaching.

The most shocking of the media presentations featured Florida kindergarten teacher Cory Bernaert in an MSNBC interview on March 29. The openly gay Bernaert was distressed that he wouldn’t be able to “build relationships” with the 5-year-olds in his classroom by talking about his “home life” and off-hours recreational activities.

“I don’t want to have to hide that my partner and I went paddleboarding this weekend,” Bernaert said.

Watching the MSNBC video, I thought: What? When my peers and I were in kindergarten—and right up through high school—we never spent a single minute wondering about our teachers’ home lives and much less did we want to hear about them. As far as we were concerned, teachers, love them or hate them, were abstract authority figures who had no connection with our own personal lives. We never thought about what they did outside school, and we certainly had no desire to “build relationships” with them, much less share stories about how we spent our weekends.

Another Florida teacher used TikTok to reveal her “really sneaky” strategy for getting around the “specifically Christian” parents of her students who might object: Paste a pink triangle, the Nazi concentration-camp badge for homosexuals, somewhere in your classroom, and the students will get the message, she said. A fourth-grade teacher disclosed his own nonverbal approach to communicating LGBTQ identity: Wearing rainbow socks and slapping a pink-and-blue transgender flag onto his laptop. Another teacher vowed to defy the Florida law and dared school officials to fire her.

It’s impossible to think that watching these classroom exhibitionists display their interest in sending secret signals about sexuality to children hasn’t had an effect on parents. On April 7, the Alabama legislature voted overwhelmingly to make it a felony for doctors to prescribe puberty blockers and opposite-sex hormones or to perform gender-transition surgery for people younger than age 19. And at least a dozen states have legislation pending that mimics Florida’s.

A March 11–14 poll of registered voters conducted by Politico/Morning Consult found majorities supporting both a ban on classroom teaching about sexual and gender identity through grade three and age-appropriate limitations after that. This despite nonstop propaganda opposing such restrictions from the media, the educational establishment, and the progressive elite, from President Joe Biden on down.

All this comes on top of the educational establishment taking a similar anti-parent stance on teaching the tenets of critical race theory (CRT)—the idea that white people are racist by nature and that “systemic racism” and “white privilege” permeate every aspect of American life. Nonetheless, parental revulsion against the promotion of this ideology in public schools has led to a nationwide grassroots rebellion against CRT-promoting school boards—and the election of Republican Glenn Youngkin as governor of Virginia in November 2021 after he ran on a promise that parents, not self-proclaimed educational experts, would have ultimate control over their children’s education. Meanwhile, 36 states have passed or introduced legislation banning the promotion of CRT in schools.

Adding to that are alarming statistics about setbacks in student progress brought about by most public schools’ insistence—at the behest of teachers unions—on shutting down classrooms and subjecting students to remote learning for months on end during the COVID-19 crisis. U.S. children fell at least four months behind in their academic progress, according to a McKinsey & Co. report released on April 4, and the gap was undoubtedly higher for lower-income kids.

Another survey released by Politico in conjunction with Harvard University on March 25 indicated that roughly 40 percent of parents believe that masking school-age children, another priority item for teachers unions, has harmed their offspring’s scholastic process.

Not surprisingly, private-school enrollment is spiking across America, as is homeschooling by parents themselves. At least 10 states have experienced an erosion in public school enrollment from 2019 to 2022. The COVID-19 pandemic is obviously partly to blame. But the Selzer poll in March indicates that more than 60 percent of Americans believe that something is seriously wrong with the way the public school system itself is heading.

That should give pause to the media and the educational establishment that are so eager to dismiss parents and their concerns.

Views expressed in this article are the opinions of the author and do not necessarily reflect the views of The Epoch Times.