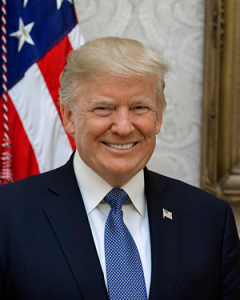 President Donald Trump Tuesday said he was the person who canceled the deal to pass coronavirus legislation in excess of $2 trillion after House Speaker Nancy Pelosi included "a lot of things" that had nothing to do with people who have been put out of work because of closures over the spreading coronavirus epidemic.

"I canceled the deal," he said in a Fox News virtual town hall. "I said, 'I'm not going to send that deal.' Nancy Pelosi came and put a lot of things in the deal that had nothing to do with the workers, that has to do with an agenda they've been trying to get passed for ten years."

Trump said he told Vice President Mike Pence and several other key Republicans that there was "no way" he would sign the deal.

"We almost had a deal the day before," said Trump about an agreement between the Senate Majority Leader Mitch McConnell and Minority Leader Chuck Schumer.

"It was really a good, solid deal," said Trump. "All (of a) sudden they start throwing all the little green new deal stuff in. The board rooms, what they look like. 'We want clean energy; we want all this stuff. Let's stop drilling oil.' They had things that were terrible. Windmills all over the place, all sorts of credits for windmills. To kill the breeze and ruin the real estate, right? A lot of problems."

But the bill does have "great things" for the nation's companies and workers as well, said Trump.

But the faster the economy can reopen, the better, said Trump.

"We have a pent-up energy that's going to be unbelievable," he said. "We will bring it back fast."